Someone asked me recently how I stay motivated and focused and asked that I write a post about it.  This has turned into quite a long post, so I am breaking it up into two parts.  This first part, I am going to write about some of the challenges and difficulties I have faced over the past year. 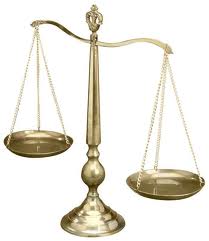 I have to admit that staying motivated and focused is not easy, even with the surgery helping me out.  In some ways, my weight loss journey has been very easy.  Because I cannot eat a lot, thanks the gastric by-pass surgery, the pounds have come off seemingly effortlessly.  I cannot say completely effortlessly, because this whole process has had its own difficulties, but for the most part, losing the pounds, for the first time in my life, has been simple.  Granted, since March, the weight loss has slowed down to a snail’s pace, and I have to be more vigilant than ever, but it’s still coming off.

Nonetheless, I have had some real struggles that are sometimes difficult to deal with.  Some of them were kind of unexpected, some of them the surgeon’s office prepared me for.  All of them have had their toll on my progress in one way or another.

Stay tuned for part two of this post and I will tell you!